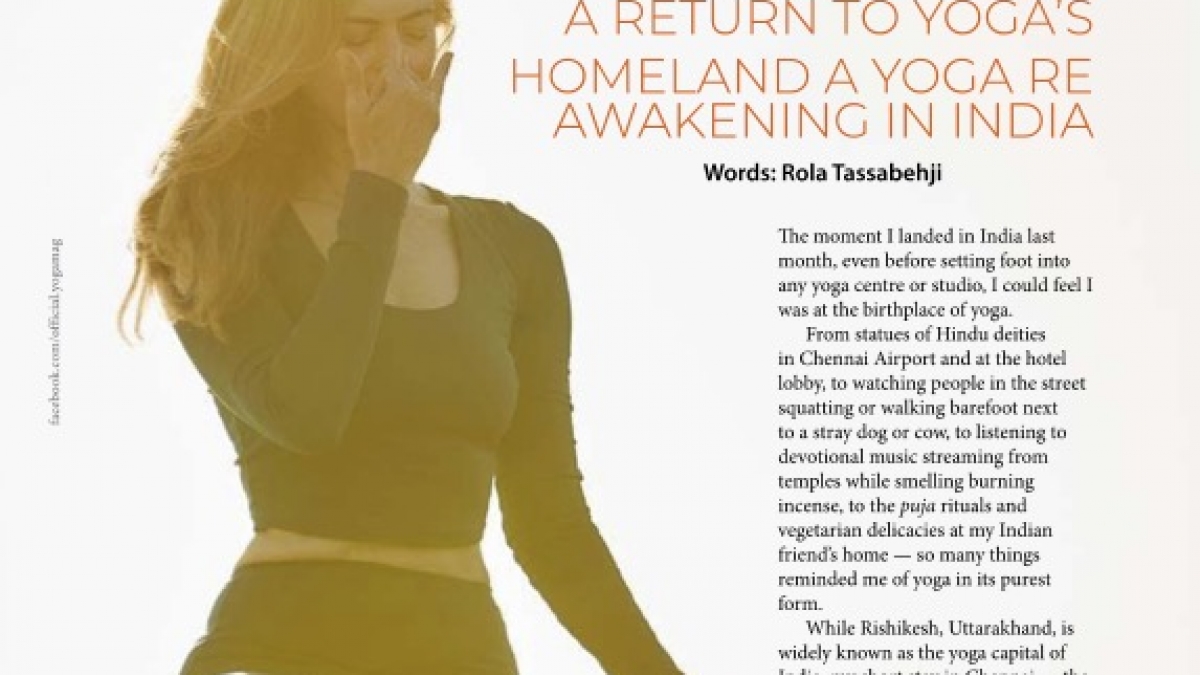 The moment I landed in India last month, even before setting foot into any yoga center or studio, I could feel I was at the birthplace of yoga.

From statues of Hindu deities in Chennai Airport and at the hotel lobby, to watching people in the street squatting or walking barefoot next to a stray dog or cow, to listening to devotional music streaming form temples while smelling burning incense, to the puja rituals and vegetarian delicacies at my Indian friend’s home — so many things reminded me of yoga in its purest form.

While Rishikesh, Uttarakhand is widely known as the yoga capital of India,

my short stay in Chennai — the home of Krishnamacharya Healing and Yoga Foundation as well as many other modern yoga studios — offered new experience that widened my understanding of this ancient practice, including:

The room, in what is regarded as the first yoga therapy clinic in the world, was basic. No mood lighting, mirrors, or music in the background, just a desk and space enough to fit a mat. Stick figures, which I discovered originated in TKV Desikachar’s house in Chennai, were provided for home practice with reference made to Sanskrit names, Hindu philosophy, classic text like the Patanjali Yoga Sutras, and Ayurveda — very different from the anatomy-focused Yoga Therapy I was trained in in the West. The whole experience felt very holistic and spiritual, more of a calming and meditative technique than a physical practice.

Krishnamacharya would say if you are doing yoga there must be no forcing of the body at all. Instead of using force to come into an asana, and risk injury, take your time and give it attention. Even in meditation, if it becomes a process of control and direction, it is no longer meditation.

During a separate conversation with celebrity yoga instructor Mumbai-based Paloma Gangopadhyay, who teaches in the U.S. and India, she also explained the importance of making yoga relevant to the times, honoring the spirit of tradition without holding on to stringent rules. “As a yoga trainer and a yogi I always tell my students to keep an open mind and understanding, not judge. That it is it absolutely OK to adapt and evolve yoga.”

In retrospect, this is perhaps what I loved most about my visit — the recognition that the old ways are not stagnant, and that even yoga taught from traditional lineages is open to change, to science and to new ideas.

Heading back home to Europe, I reflected on these experiences and what it means to be a yoga teacher. Whereas I used to get caught up in Asana and coming up with creative sequencing for classes, I left India with a more holistic appreciation of yoga. It also dawned on me that that all my teacher training was far from complete. While in the West, teacher training qualification requires a certain number of hours to fulfill, in India, I was left with the impression that teacher training was lifelong— and that to really advance in yoga, you need to recognize that you are always a student and be open to new experiences and perspectives.