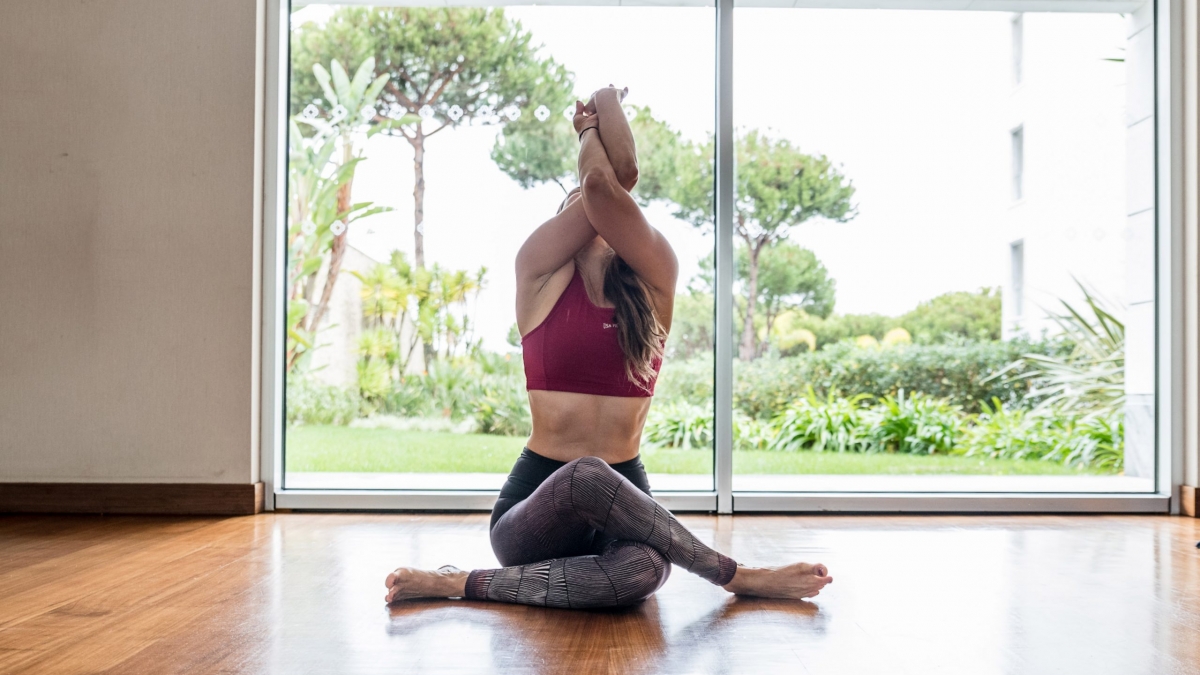 As a different January unfolds, one marked by lockdowns, economic recessions and social distancing in much of the world, one thing remains familiar: an abundance of messages and promotions for starting the new year with a focus on health and wellness. While the intention is great, and it’s never too late for new beginnings, the focus on commercializing a superficial understanding of wellness — based on crash diets or hard impact physical workouts promising a “new you” — often falls short of expectations, creating disappointments, long-term health setbacks and a missed opportunity to embrace the full meaning of well-being.

The Global Wellness Institute (GWI) defines wellness as the “active pursuit of activities, choices and lifestyles that lead to a state of holistic health.” The wellness economy, as per GWI, is estimated at $4.5 trillion, roughly 5.3 percent of global economic output in 2017, and includes more than ten industries, including food, personal care, real estate and travel, all promoting “wellness activities and lifestyles.”

The wellness movement began its rapid growth since 2010, with hotels and spas helping drive the trend. However, the true meaning of wellness has been lost along the way. In the age of social media and Instagram influencers, a more superficial aesthetic concept of wellness, and happiness in general, has gone mainstream.

Particularly after a year like 2020, reflecting on the history of wellness provides an appreciation of the wisdom of some of ancient traditions related to the concept.

Ayurveda, which originated in India more than 5,000 years ago, provides an early holistic understanding of well-being by presenting health in terms of a system that strives to create harmony between body, mind and spirit. Ayurvedic treatments also respect individual differences with the goal of maintaining a sense of balance and harmony that prevents illness, provide guidance regarding food and lifestyle so that healthy people can stay healthy and those suffering can improve their health. Yoga, which in Sanskrit means yoke or union, is part the tradition.

Around the same time, Traditional Chinese Medicine, influenced by the philosophies of Taoism and Buddhism, began applying a holistic perspective of harmony and balance to health and wellness. Various holistic treatments such as acupuncture, herbal Chinese medicine, Qi Gong and Tai Chi, continue to be practiced today throughout the world

In ancient Greece, physician Hippocrates focused on preventing sickness instead of simply treating disease, propagating the idea that disease is a product of diet, lifestyle and environmental factors. During the Roman Empire, which began around 800 B.C. and existed for around 1,200 years, the ancient Romans medicine reinforced the Greek belief that illness was a product of diet and lifestyle, and were firm believers in public health and disease prevention.

Stoicism is an ancient Greco-Roman philosophy founded around 400 BC in Athens. It offers an approach to mental wellbeing focused on emotional restraint and an overall orientation towards meaning in life. One of the key tenets of Stoicism for living a “good life” is to develop the ability to take a step back from our emotions and cultivate a mental state based on virtue and being rational. The ideal life is described as one that is in harmony with nature, of which we are all part, and an attitude of calm detachment towards external events.

Yoga as a framework for a wider definition of wellness

The beginning of yoga can be traced back to Northern India over 5,000 years ago. The word yoga was first mentioned in the oldest sacred texts, the Vedas, and it was later documented in the Upanishads, a huge work containing over 200 scriptures.

The Yoga-Sutras, by Patanjali, considered the father of yoga, is regarded as the first systematic presentation of yoga. It is assumed to be written some time in the second century. Patanjali organized the practice of yoga into an “eight limbed path” containing steps towards obtaining Samadhi or enlightenment. Asanas, or physical postures, are regarded as one of the eight limbs in the path. Taken together, these eight steps basically act as guidelines on how to live a meaningful and purposeful life.

In the 1920s and 1930s, Hatha yoga — which includes the practice of asanas and pranayama (breathing exercises) to help prepare the body for deeper spiritual practices such as meditation — was strongly promoted in India with the work of T. Krishnamacharya, Swami Sivananda and other yogis practicing Hatha Yoga. Krishnamacharya produced three students that would continue his legacy and increase the popularity of Hatha Yoga: B.K.S. Iyengar, T.K.V. Desikachar and Pattabhi Jois.

While each developed a different style, Hatha remains a general category that found its way to the West in the last five decades, with many more Western and Indian teachers popularizing the practice and gaining millions of followers. Today, Hatha has many different schools and styles, all emphasizing the many different aspects of the practice, but the focus on the physical asanas, particularly in the gym culture of the West, has become commonly associated with yoga.

Within this short historical overview of yoga and its relation to health and wellness, here are some myths and facts to consider:

If you are after achieving the true meaning of well-being as your new goal in 2021, one path to follow is towards a new set of priorities, emphasizing the physical, mental as well as the spiritual components of healing through yoga. It will not make you happy instantly, but the journey may provide greater sensitivity and perception of the current reality as well as leading the way to transformative experiences that connect you to your whole self and to the world. Why not try? It’s never too late for a new beginning.