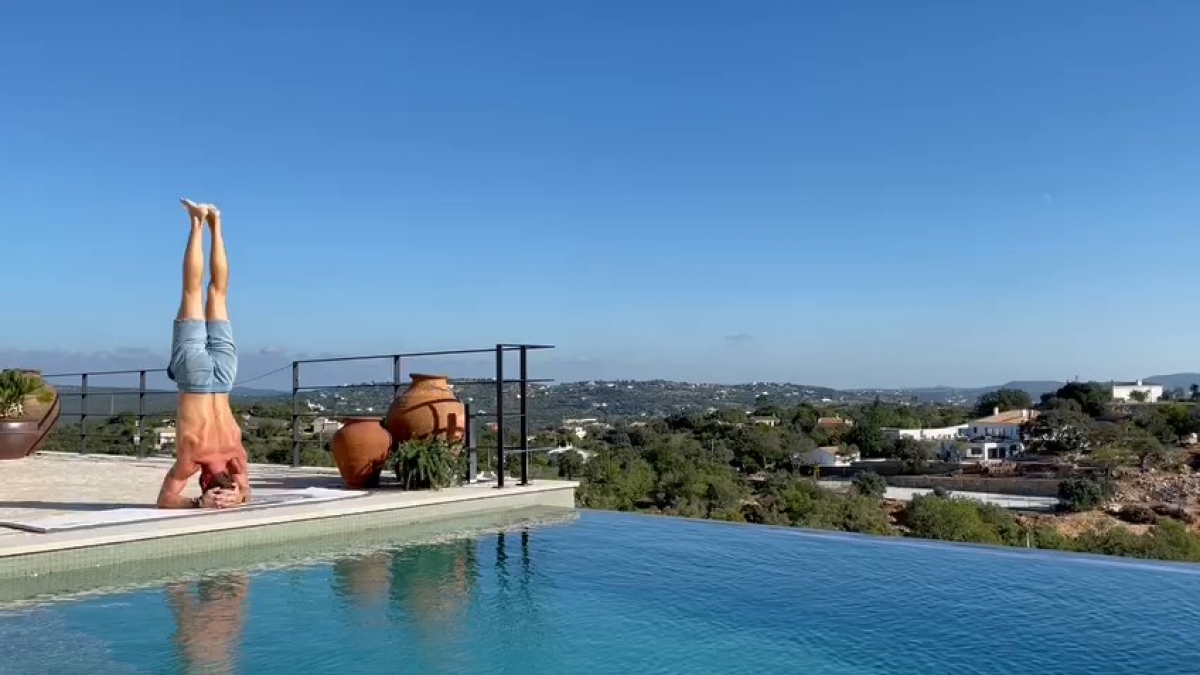 While the history of yoga is generally marked by masculinity, modern-day yoga has evolved as an inherently feminine practice, often discouraging men and the LGBT+ community from entering a yoga studio. Yet just as gender diversity in the workforce and in boardrooms has proven to have a positive impact on the bottom line, the potential of building a more gender-inclusive yoga community carries positive implications for real growth and transformation at a personal and community level. With the pandemic making yoga more accessible from home, there is a real opportunity for this ancient practice to create positive impact towards a more inclusive society beyond the boundaries of yoga studios.

The Yoga Sutras of Patanjali,  estimated to date back to 200 AD,  are considered the classic yoga text and continue to draw inspiration on how to live a meaningful and purposeful life, highlighting obstacles such as ignorance and false perception.The ancient text also describes the process towards a true yogic mindset by practicing virtues such acceptance, non-judgment, equality and non-harming. In addition, the Yoga Sutras explore the essential nature of yoga as a system of union of body, mind and spirit.

Yogis with a consistent practice of yoga can experience first-hand this union, particularly the non-duality of mind and body. Through breath control or pranayama, they are able to calm the mind. Physical postures or asanas also offer a way to witness the non-duality of mind and body, improving concentration and focus. And these need not be inversions or complicated twists. Restorative and quieter, more relaxing asanas such as corpse pose also provide openings to witness the mind-body union. Following the asanas and relaxation, a state of meditation can be achieved with an uninterrupted flow of concentration, further slowing down the mind and strengthening awareness of the body and mind connection

From a male to female-dominated yoga history

Despite a philosophy focused on balance and union, historically yoga as we know it today was mostly led by men. Swami Vivekananda is accredited to bringing yoga to the western world in the 1890’s, but it was not until he 1950’s that yoga became popularised in the West, led by iconic male teachers such as B.K.S. Iyengar and K. Pattabhi, students of the legendary Krishnamacharya (1888-1989), who has been called the father of modern yoga.

Around the same time a woman, Indra Devi, another student of Krishnamacharya, moved from India to the U.S., and became the teacher of several high-profile Hollywood actresses.  Over time more and more women got into yoga, as different schools of yoga evolved. Today, there are over 300 million yoga practitioners in the world, with an estimated 72% of practitioners are women. While the male yoga population is slowly growing, there is a way to go in address the popular perception as any search of #yoga on social media reveals.

Yoga as a gender balancing act

As a yoga teacher in training and later during retreats, I witnessed first-hand subtle bias with gender-segregatedworkshops and retreats. For example, a few years ago in my advanced teacher training, I participated in a fun, but in retrospect, discriminatory for-women-only workshop called “Awaken Your Inner Goddess.” While the theme was around Hindu Goddesses, in retrospect I believe it was unfair as it excluded the only male teacher in training.

Rather than thinking of gender balance in binary terms, going back to the origin of yoga brings us back to its essence, as a process towards union and balance — not only between body and mind, but between each individual’s masculine as well as feminine side.

Here are a few practical ways how:

In another yoga classic text, the Bhagavad Gita, Arjuna is asked to take action to fight injustice, because not taking action is in itself an action. As part of a more enlightened post-COVID yoga community, and leveraging from the spike of interest in yoga, it is time for practitioners — students and teachers alike —  to follow his lead and move from the sidelines, actively trying to make yoga, and the society around it, more inclusive.