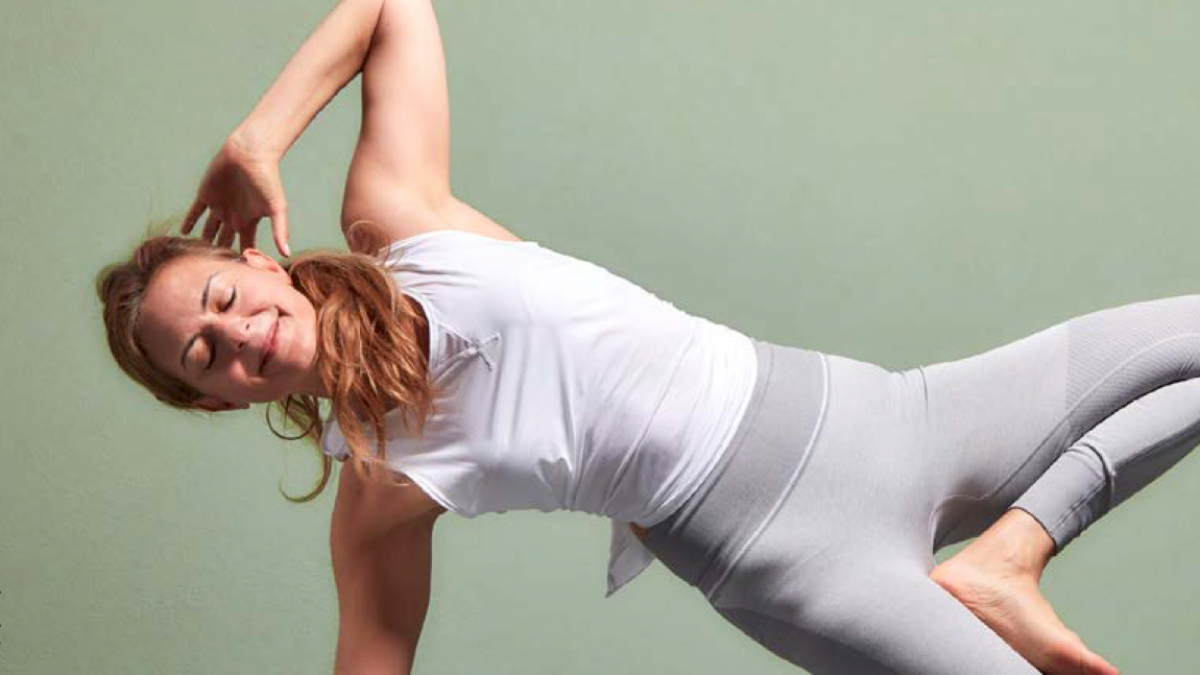 I began a committed yoga practice in my forties after leaving a hectic corporate lifestyle for more project-based independent work that allowed me to pursue my yoga journey. Now, a few months away from my 52nd birthday, I am grateful for following this unintentional yogic path. As a yoga teacher and yoga therapist, I have also witnessed the benefits of the life-long practice among men and women over fifty, many new to yoga, practicing in a small or private yoga setting.

Aging in ancient Vedic text
Vedic philosophy is generally regarded as the spiritual foundation for the future development of both Yoga and Hinduism. The four stages, or Ashramas, of Vedic life are Brahmacharya (student life), Garhasthya (family life), Vanaprastha (retired life), and Sannyasa (life of renunciation). Each stage has its specific duties, with the first 25 years meant for study with parents and teachers. After this education period, the second 25 years constitute an active period dedicated to building a family and work-related achievements. The third 25 years are a time to develop a new level of interest toward more social welfare work
or giving back to one’s community. It is often described as the stage of partial retirement from worldly life, lasting from around the age of 48 to 72 — a time for a gradual withdrawal from family and work while sharing one’s wisdom and experience. Far from being a period of inaction, the second half of life is dedicated to sharing one’s life with broader society. After reaching Sannyasa, the path leads to a simple, spiritual life inspired by love and peacefulness.

The evolution of asanas
In ” Yoga Body: The Origins of Modern Posture Practice,” Mark Singleton traces the historical journey of modern yoga, from its roots in Indian tradition to the postures of modern asana- focused yoga. He uncovers the misconception that yoga asana, the physical practice associated with modern-day yoga, has been handed down for thousands of years from the time of Vedas. Instead, he presents it as a hybrid of Indian tradition and European gymnastics, among other influences. Singleton identifies the teaching of T. Krishnamacharya (1888-1989) as a critical milestone in the development of modern asana practice in 20th-century India. While Krishnamacharya trained in the traditional teachings of Hinduism, he created a dynamic asana practice, which continues to influence modern-day yoga. It was intended mainly for young Indian boys in line with the “physical culture zeitgeist” of that time. Since then, asanas have moved beyond their ancient yoga tradition. “The philosophical and esoteric frameworks of premodern hatha yoga, and the status of asanas as ‘seats’ for meditation and pranayama, have been sidelined in favor of systems that foreground gymnastic movement, health, and fitness, and the spiritual concerns of the modern West,” says Singleton.

Reaping the benefits of yoga after 50
While there is nothing wrong with treating yoga as a fitness practice, going back to its ancient roots takes away any stigma from joining a “yoga after 50” class. Whether new to yoga or continuing your journey at fifty or beyond, here are some further inspirations:

Look at asana as preparation for meditation and states of higher awareness. Asanas are part of the whole story but not the dominant component. Practicing pranayama (breathwork) or dharana (focus, the initial step for deep meditation) is as important as the physical practice, which evolved later in India and the West.

Choose from the several contemporary styles of asana practice that work for you. As a regular practitioner, my daily routine has shifted from ashtanga (after injuring myself) towards a more gentle hatha flow. As Singleton says, thinking of yoga as a “vast and ancient tree with many roots and branches” is not a betrayal of its authentic tradition. For those with many years of yoga experience, be willing to try something new, opening the way to experiment with styles of yoga that allow the practice to change as the body transitions.

Practice acceptance: “Listen to your body” is a standard queue in a Yoga class but becomes especially relevant over fifty. Respecting body changes means not being ashamed of making use of props such as belts, bolsters, and chairs. Practicing acceptance also does not mean resignation and giving up, but exploring different ways of adapting the postures, allowing us to feel better about our bodies, even when they are not perfect.

Move inwards: The Vedas remind us the years of proving ourselves at work and building a family lead into more inward-focused life stages. Our personal yoga practice can reflect these life stages, with the mental, emotional, and spiritual benefits evolving to transform how we move and how we feel about ourselves.